Combating Ebola: How a Johnson & Johnson Vaccine Is Helping in the Fight

56
The company has committed to donate up to 500,000 doses of an investigational Janssen vaccine regimen to help protect citizens of the Democratic Republic of the Congo—the site of the world's second largest outbreak of the disease.

The West African Ebola epidemic of 2014 to 2016 took the world by surprise—it was the worst Ebola outbreak ever recorded. More than 11,000 people died of Ebola Virus Disease in Guinea, Liberia and Sierra Leone. Two in five individuals who were infected with the disease perished.

As tragic as the West Africa crisis was, it was also an example of what collaboration on an international scale can achieve to mount a response to such a deadly incident. Since 2014, multiple stakeholders—governments, NGOs and private industry partners—have been working together to create new vaccines, diagnostic tools and therapies to help stop Ebola in its tracks going forward.

In collaboration with Bavarian Nordic and multiple global consortia supported by Europe’s Innovative Medicines Initiative, funded through EU's Horizon 2020 program, we launched multiple clinical trials for an investigational Ebola vaccine regimen being developed by the Janssen Pharmaceutical Companies of Johnson & Johnson. Our global partners on the vaccine program also include the Biomedical Advanced Research and Development Authority and the National Institutes of Health.

As a result of these collaborations, more than 6,500 individuals have now participated in clinical studies for the Ebola vaccine across the U.S., Europe and Africa. So far, the data from these studies suggest that the vaccine stimulates a robust immune response and has a favorable safety profile. We've also assembled a stockpile of 1.5 million vaccine regimens for potential use in public health emergencies.

This is all good news, because the need for an Ebola vaccine remains urgent.

Johnson & Johnson has committed to donate up to 500,000 doses of the Janssen vaccine regimen for a new clinical study in the Democratic Republic of the Congo, which will offer the vaccine to individuals at some risk of Ebola infection who live in areas close to the current outbreak zone. The goal: prevent the further geographic spread of the virus.

A New Outbreak Calls for a Renewed Need for Help


In 2018, Ebola made a resurgence in the Democratic Republic of the Congo (DRC). The DRC outbreak is now the world’s second worst on record, with over 3,000 confirmed cases and 2,000 deaths as of October 2019. Neighboring countries, such as Uganda and Rwanda, are bolstering their own health responses to prevent the DRC outbreak from becoming an international epidemic.
Share
Did you like reading this story? Click the heart to show your love. 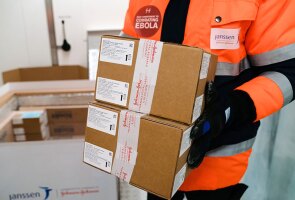 A worker carries a shipment of Janssen's investigational Ebola vaccine

Unseen Enemy: The New Film That Looks at Why Viruses Like Zika, Ebola and Influenza Are So Prevalent

Today, I can announce that the government of the DRC has authorized a new immunization initiative using Janssen's investigational Ebola vaccine regimen to help protect its citizens against the disease. This follows a May 2019 recommendation from a key advisory committee to the World Health Organization that the Janssen vaccine should be considered for deployment as part of expanded outbreak response efforts.

Johnson & Johnson has committed to donate up to 500,000 doses of the Janssen vaccine regimen for a new clinical study in the DRC, which will offer the vaccine to individuals at some risk of Ebola infection who live in areas close to the current outbreak zone. The goal: prevent the further geographic spread of the virus. The country’s Ministry of Health and National Institute of Biomedical Research will implement the study, supported by global health organizations, including Médecins Sans Frontières, Epicentre and the London School of Hygiene & Tropical Medicine.

We are preparing to ship the first batches of the Janssen vaccine now—and we also stand ready to support other countries in their efforts to prevent the DRC outbreak from crossing international borders.

Looking Beyond Ebola to Help Address Other Pandemic Threats


The ongoing challenge of Ebola is a powerful reminder that in order to be ready for the next disease epidemic, let alone a pandemic, we need urgent and coordinated action at the global level.

Fortunately, the world community has recognized this need. In 2017, for example, the Coalition for Epidemic Preparedness Innovations (CEPI) was launched with funding from the governments of Germany, Japan and Norway, as well as the Bill & Melinda Gates Foundation and the Wellcome Trust. Its goal: shorten the time needed to develop new vaccines by embracing innovative technology and funding labs that can respond quickly to outbreaks.

Stopping Pandemics Before They Strike: What You Need to Know About the Coalition for Epidemic Preparedness Innovations

Johnson & Johnson has been a strong supporter of CEPI from the beginning. In 2018, we formed a collaboration with CEPI and the University of Oxford to accelerate vaccine development for such emerging diseases as Middle East Respiratory Syndrome (MERS).

In fact, we are one of the few innovative healthcare companies in the world actively working to address the pandemic challenge. Through Janssen, we are developing new vaccines and treatments to combat diseases that are already pandemics, such as HIV and hepatitis B, or that have pandemic potential, including Ebola, Zika and tuberculosis (TB), for which we introduced the first new TB drug with a novel mechanism of action in more than 40 years.

In my view, now more than ever, we must join forces with other pioneers to deliver the next generation of breakthroughs. Only by working across sectors, in global partnership, can we ensure that everyone, everywhere, is able to live without the fear of a deadly outbreak.

Together, we can—and will—outsmart epidemics. 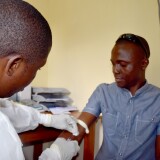 Johnson & Johnson Aims to Advance Health Around the World
Read about more ways the company is helping to solve complex global health challenges, from HIV to Ebola.
Go here
Did you like reading this story? Click the heart to show your love. 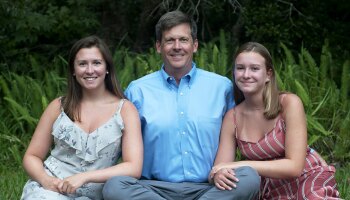 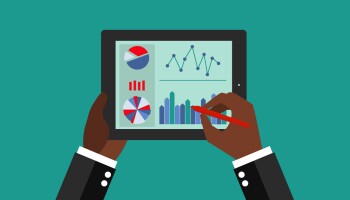 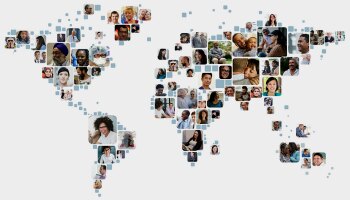